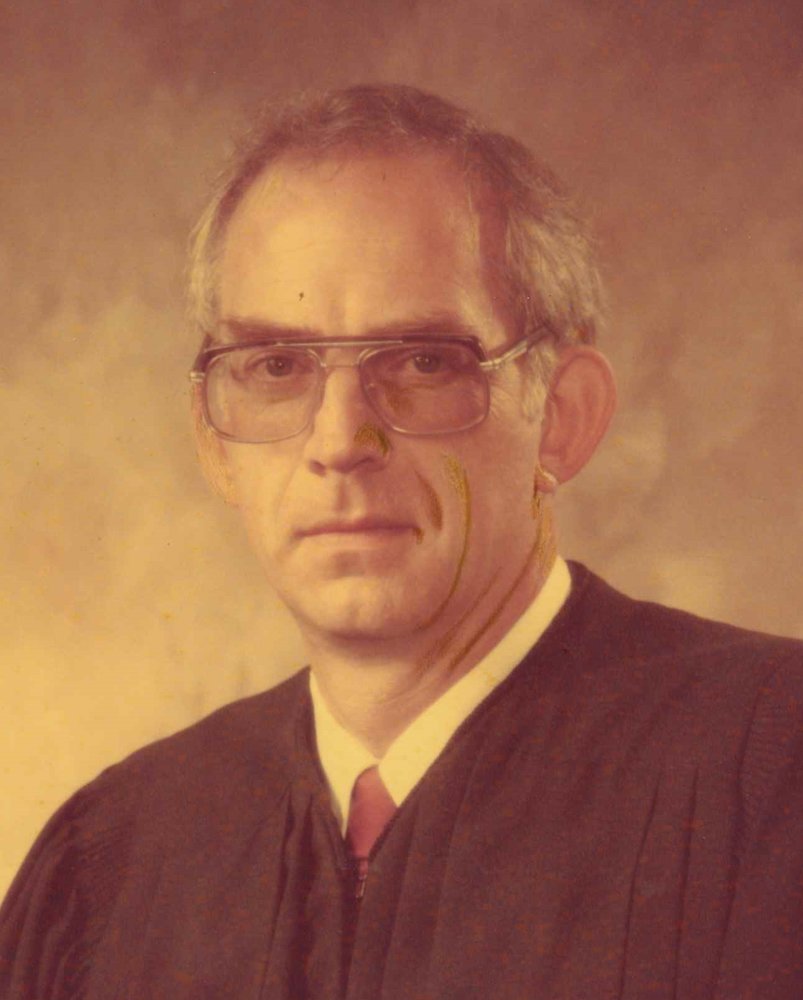 Born December 18, 1942 in Bedford, he was the son of John Maurice and Majorie (Martindale) Plummer. He was a graduate of Bedford High School with the class of 1960. He received his Bachelor’s Degree from Indiana University in 1964 and his Juris Doctor degree from the I.U. School of Law in 1968. He began his career practicing law in 1968 and was also appointed County Attorney for Lawrence County early in his career. He was elected as the Prosecuting Attorney for Lawrence County in the early 1970’s. In 1976 he was appointed as Lawrence Circuit Court Judge by Gov. Otis Bowen. In 1982 he returned to private practice and from 1984 thru 1988 he was a partner in the Plummer & Herthel Law Firm. In 1996, his son, John Plummer, III joined him as a partner. He was licensed to practice law in all courts in the state of Indiana, the U.S. District Court for the Southern District of Indiana, and the U.S. Supreme Court. He served the community of Lawrence County for 51 years practicing law and as a Judge. He continued working until the day of his passing. He was a life-long member of the First United Methodist Church, a member of Bedford Masonic Lodge #14 F & AM, the Bedford Elks Lodge and was a life-long fan of the San Francisco Giants baseball team. John was a longtime contributor of the Bedford Boys Club, serving on the Board of Directors, where he was a past president, and volunteer baseball coach.

Funeral services will be conducted at 11:00 am on Friday, October 25th in the Elmwood Chapel of the Day & Carter Mortuary with Pastor Judi Early officiating. Burial will follow in the Erie Cemetery. Visitation will be from 4:00 pm to 8:00 pm on Thursday, October 24th at the Day & Carter Mortuary. The family asks that friends consider memorial contributions be made to the Boys & Girls Club of Lawrence County. Family and friends may express condolences at www.daycarter.com.

Share Your Memory of
John
Upload Your Memory View All Memories
Be the first to upload a memory!