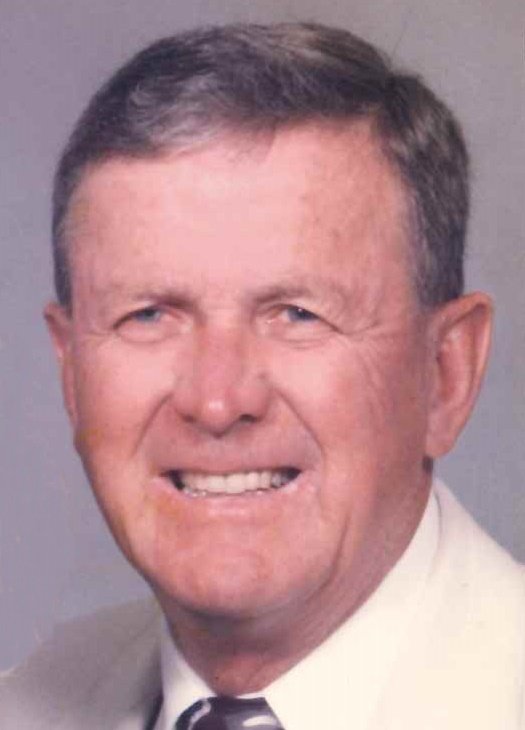 Warren L. Smith, 91, of Bedford went to be with his Lord and Savior on Tuesday night at White River Lodge Nursing and Rehabilitation in Bedford.

Born August 22, 1928 in Martin County, IN, he was the son of Otho and Addie Mae (Smoot) Smith. Warren married Janet Kirk on Jan. 27, 1956 and she survives. He was a member of the National Guard where he was the Co. Commander of the 38th Tank Battalion, serving from June 23, 1948 until his retirement with the rank of Captain, on December 5, 1969. He was a member of the First Christian Church for over 60 years where he served as Deacon and the church league basketball coach.

Survivors include his wife, Janet, of Bedford; one daughter, Polly McCune and husband Rod, of Norwalk, OH; one grandson, Tyler Kirk O’Neal and wife Laura, of Alexandria, VA; one granddaughter, Kylie Marie Sisi and husband Angelo, of Cape Coral, FL; one great-granddaugther, Kinsley Sisi, and another arriving in May; sister-in-laws, Martha Ferguson, of Bloomington, Mary Jo Lysher and husband David, of Bradenton, FL, and Norma Smith, of Bloomington; brother-in-law, Kenny Kirk, Unionville, IN; several beloved nieces and nephews.

He was preceded in death by his parents; one son, Perry Kirk Smith; father and mother-in law, Earl and Louise Kirk; two brothers, Chester Ray Smith who lost his life in WWII, and Lowell Smith; two sisters, Charlotte and her husband Bill Lewis, and Janice Blackwell and her husband Jack; brother-in-law Jack Ferguson; sister-in-law Erma McCartor and husband Don.

Funeral services will be conducted at 11:00 a.m. Monday, December 9, 2019 in the Elmwood Chapel of the Day & Carter Mortuary with Chaplain Kevin Carty and Brother Bruce Becker officiating.  Burial will follow Cresthaven Memory Gardens.  Visitation will be from 4 p.m. until 8 p.m. on Sunday, December 8, 2019. In lieu of flowers, please consider contributions to the Indiana Parkinson Foundation, www.indianaparkinson.org. Our thanks to the White River Lodge for the love and care that Warren received.

Share Your Memory of
Warren
Upload Your Memory View All Memories
Be the first to upload a memory!