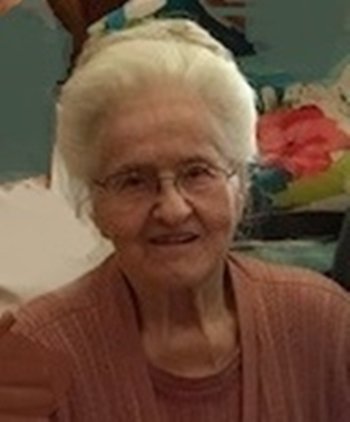 She and her twin, Cletus were born January 1, 1928. She was the daughter of George Otto and Jennie (Brim) Hubbard. She married Dwight (Javy) Prow on October 11, 1947 and he preceded her in death on July 27, 2010. She was a graduate of Oolitic High School. Her first job was at Javy’s Sandwich Shop where she met her future husband. She later worked at Grant’s, RCA, and Sterling Drug Store. Cleda was a faithful member of Apostolic Pentecost churches throughout her life.

Funeral services will be conducted at 12:00 noon on Friday, July 12th in the Elmwood Chapel of the Day & Carter Mortuary with Bro. Eric Meadway officiating. Burial will follow in Cresthaven Memory Gardens. Visitation will be from 10:00 am until the hour of service on Friday, July 12th at the Day & Carter Mortuary. Family and friends may express condolences at www.daycarter.com.

Share Your Memory of
Cleda
Upload Your Memory View All Memories
Be the first to upload a memory!