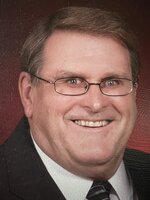 Jack Alan Kress was 80 years old when he passed away on December 10, 2021, in Bedford, IN with his loving wife by his side. Born on March 18, 1941, in Terre Haute, IN to Jack and Anna Kress, he was raised in Linton, IN where he met and married the love of his life, Donna (Chapman). They would raise two sons, David and Curtis. Jack was a Boilermaker through and through, having graduated from Purdue University with an engineering degree. He went on to work for NASA and was a part of the Apollo 8 mission. After that, he landed at NSWC Crane where he spent over two decades. After retiring from Crane, he then worked several more years with Tekla, a contractor for the government. Coming from a line of Freemasons, he was a member of Mitchell Lodge No. 228. He was also an active member of the La-Or-Ma Shrine Club and helped raise thousands of dollars for children’s hospitals. He loved playing the keyboard for the church, and he held a special fondness for the pipe organ. Anyone who knew Jack knew that he had a bit of a mischievous streak, but it was all in good fun. There’s no doubt that all of his friends were pranked by him at some point, just as there’s no doubt that his grandkids would continue to receive wet willies no matter how old they got. A major part of Jack’s life was his Faith, and he credited his wife, Donna, for leading him on the path to God. It was that Faith that allowed him to face death with such grace and courage. He knew that he was heading toward his New Home, and he couldn’t wait to find out what he would see when he arrived. Jack is survived by his wife of 60 years, Donna; brother, Thomas Kress; younger son, Curtis Kress; five beloved grandchildren, Kristen Kress, Callie Noble, Donald Teague, Morgan Hill, and Rebecca Weber; and twelve great-grandchildren who he adored, Wyatt and Willow Weber, Jacob, Emily, and Mara Noble, Gracelyn, Tucker, Jude, and Arrington Teague, and Tatym, Tynlee, and Holden Hill. He has one more on the way, Waverly, who he was so excited to meet. He was preceded in death by his parents and his older son, David. A service will be held at 11:00 AM on Wednesday, December 22, 2021, at Day & Carter Funeral Home in Bedford. The family will receive visitors from 9:00 AM until the time of service. In lieu of flowers, please make a donation in Jack’s name to the La-Or-Ma Shrine Club or any other community charitable organization of your choice.