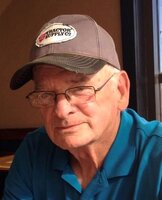 Mitchell – Cloyd T. Prince, 87, of Mitchell, passed away on Sunday, November 14, 2021, at his residence. Born September 16, 1934, in Bloomington, he was the son of Alvy Earl and Avis (Blackwell) Prince. He married Patricia A. LuAllen on April 11, 1953, and she survives. He retired from RCA after thirty-five years and was a farmer. He was an amazing wood craftsman and avid reader.Cloyd was a loving Husband, Daddy, and Poppy. He loved ALL his girls and his great grandson. Survivors include his wife, three daughters, Debra (David) Melvin, Penny Prince, and Angela Prince (Richard Blackerby); two granddaughters, Hillary (Mark) Hedge and Heather (Ivan) Noel; two great granddaughters, Jaidyn and Baileigh; a great grandson, Dominick; a brother, Carl Prince. He was preceded in death by his parents, his parents-in-law, Ralph and Louise LuAllen; brothers, Vacil, Earl, Jr., Leroy, Jerry, twin brothers, Floyd and Russell; sisters, Ruth, Pauline, Geneva, Juanita, and Betty. Graveside services will be conducted at 3:00 pm Friday, November 19th at Dishman Cemetery. In lieu of flowers, contributions may be made to the funeral home for expenses. Family and friends may express condolences at www.daycarter.com.