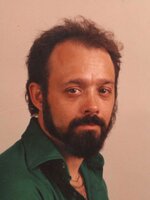 Bedford – Kenneth Kimmel, 74, of Bedford, passed away at 3:45 am on Sunday, September 19, 2021, at his residence. Born April 13, 1947, in Bedford, he was the son of John and Mavis (Stafford) Kimmel. He married Jessie Crawford on June 20, 1998, and she survives. He had worked at RCA in Bloomington for thirty-three years and was a member of the Bedford Baptist Temple. Survivors include his wife, Jessie, of Bedford; two sons, Scott Kimmel and wife, Tammy, of Bedford and Bradley Crawford, of Bloomington; two daughters, Melinda Williamson and husband, Randy, of Springville and Melinda Crawford, of Bloomington; ten grandchildren, Linsey Taylor, Andy Kimmel, Cassie Peyton, Justin Williamson, Melissa Augilar-Perez, Heather Crawford, Dylan Crawford, Jackson Crawford, Sarah Flynn, and Connor Morgan; eleven great-grandchildren; a sister, Sherry Kapfhammer and husband, Terry, of Fairland, IN. He was preceded in death by his parents, and 1 sister, Ravenna Hanners. Funeral services will be conducted at 1:00 pm on Friday, September 24th at the Bedford Baptist Temple with Pastor Lyman Taylor officiating. Burial will follow in Springville Cemetery West. Visitation will be from 4:00 pm to 8:00 pm on Thursday, September 23rd and from 11:00 am until the hour of service on Friday, September 24th all at the Bedford Baptist Temple. Family and friends may express condolences at www.daycarter.com.