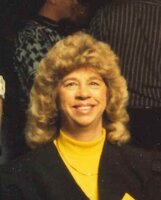 Bedford – Mona L. Bates, 80, of Bedford, passed away Friday, September 17, 2021, at Ball Memorial Hospital in Muncie. Born July 30, 1941, in Bedford, she was the daughter of Carl and Helen (Jenkins) Cazee. She married Danny “Bud” Russell and he preceded her in death. She later married Ronald K. Bates in 1967 and he also preceded her in death on November 10, 1990. She retired from Thomson Consumer Electronics. She was a member of I.B.E.W. Local 1424 and the Momentum Community Church in Bedford. Survivors include two sons, Reno Bates and wife, Heather, and Billy Joe Russell, all of Bedford; two daughters, Julie Conley and husband, Christopher, of Bedford, and Rhonda Brock, of Paoli; eleven grandchildren; six great-grandchildren; a sister, Karlene Giddens and husband, Jeff, of Greenwood, IN; two brothers, Robert Cazee, of Oolitic and Ronnie Cazee and wife, Cheryl, of Nebraska. She was preceded in death by her parents, both husbands, a brother, Kenneth, and a grandchild. Funeral services will be conducted at 11:00 am on Tuesday, September 21st at the Momentum Community Church with Pastor Reno Bates officiating. Burial will follow in Green Hill Cemetery. Visitation will be from 4:00 pm to 8:00 pm on Monday, September 20th and from 10:00 am until the hour of service on Tuesday, September 21st all at the church. The family asks that friends consider memorial contributions be made to the Momentum Community Church. Family and friends may express condolences at www.daycarter.com.