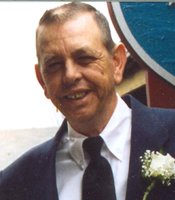 Bedford – Roy Donald Bex, 72, of Bedford, passed away at 3:00 p.m. on Tuesday, June 8, 2021, at his residence. Born February 14, 1949, in Williams, IN, he was the son of Elmer and Ruth (Tolbert) Bex. He married Roxie Jordan on April 21, 2000, and she survives. He was a factory worker for Stone City Products. He was a loving husband, father, and grandfather. Survivors include his wife, Roxie, of Bedford; children, Brian (Melissa) Bex, Aaron (Diana) Bex, Ana (Jerry) Stevens, Dewey (Pam) Jordan, Emily (Bill) Tedrow, Victor (Sandra) Jordan, and Betty (Jimmy) Brown; 46 grandchildren; a brother, Amel (Ann) Bex. He was preceded in death by his parents; a brother, Arnold; a sister, Dorothy; two granddaughters, Tori Bex and Chrissy Jordan; a nephew, Amel Dee, II. Funeral services will be conducted at 12:00 noon on Friday, June 11th in the Elmwood Chapel of the Day & Carter Mortuary. Burial will follow in the Port Williams Cemetery. Visitation will be from 10:00 am until the hour of service on Friday, June 11th at the Day & Carter Mortuary. Family and friends may express condolences at www.daycarter.com.