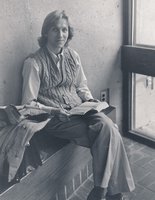 Dr. Brian Charles Barlow, 64, of Indianapolis, formerly of Bedford, passed peacefully at his home on Tues, May 4th, 2021. He is survived by his wife of 42 years, Belinda; his daughter, Grace, and son-in-law, Jordan Meier. He is also survived by his siblings Steven (Sandy) Barlow, Lou Ann (Gregg) Morelock, Sherri (Paul) Robbins, Lori (Robert) Eaker and his stepfather, David Griffin. He is preceded in death by his parents, Charles “Labon” Merle Barlow and Doris Jean Barlow Griffin. Brian graduated from Bedford High School in the Class of 1974 where he excelled in baseball, basketball, marching band, and academics. He received his Bachelor of Arts from Anderson College, where he met his wife, Belinda, in 1978. Brian continued his studies at the School of Theology located on the Anderson College campus, receiving his ordination as a Minister of the Church of God in 1983 and completing his Masters of Arts and Religion and Masters in Divinity in 1983 and 1984, respectively. While he was a student at Anderson College, Brian had the opportunity to travel world-wide, including trips to The Holy Land, Japan, and Africa. One of Brian’s most honorable accomplishments was receiving his Doctorate of Philosophy degree from Emory University in Atlanta, GA in 1992. While studying at Emory, he was awarded the Bobby Jones Scholarship and studied abroad at the University of St. Andrews. Brian was an active member in The American Academy of Religion and The Soren Kierkegaard Society, where he regularly presented papers at their annual international conferences. One of Brian’s most treasured academic pursuits was spending many summers with his family researching at The Hong Kierkegaard Library at St. Olaf College in Northfield, MN. Following his graduation from Emory University, Brian held the position of Professor of Philosophy at Brenau University for 10 years, before returning to his alma mater, Anderson University, where he taught Religion, Philosophy, and Christian Ethics as a tenured professor from 2006 - 2017. In his final years, Brian returned to his true passion of research, studying the works of his favorite scholars, including Soren Kierkegaard and Karl Barth. Brian was a deeply devoted husband and father, always calling his family his “pride and joy”. He cherished time with his daughter and son-in-law, Grace and Jordan Meier, and was greatly anticipating the arrival of his first grandson in July 2021. Some of his most treasured pastimes included trips to Brown County and Spring Mill State Park, watching the Reds, and enjoying quiet evenings in Grace and Jordan’s backyard. Funeral services will be held at Day and Carter Mortuary in Bedford, IN at 2pm on Wednesday, May 12th, with Visitation from 12pm until the hour of service. Burial will follow at Cresthaven Memory Gardens. Family and friends can express condolences at www.daycarter.com In lieu of flowers, donations can be made in Brian’s name to The Hong Kierkegaard Library at https://stolaf.alumniq.com/giving/make-a-gift Please select “Other” and write in “The Hong Kierkegaard Library” with your donation. Checks can also be mailed to St. Olaf College, Hong Kierkegaard Library, 1520 St. Olaf Avenue, Northfield, MN 55057.