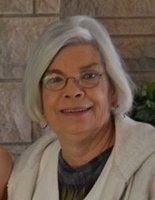 Bedford – R. Jill Orender, 73, of Bedford, passed away at 4:00 pm on Wednesday, March 24, 2021 at her residence. Born August 14, 1947 in Bedford, she was the daughter of Alonzo Francis “Bill” and Neva June (May) Luse. She married Robert Orender on September 28, 1968 and he survives. She was a hairstylist for forty years at several salons, her last being at the Hair Company. She was a member of the Avoca Baptist Church and former member of Altrusa International. She was an avid bowler, sitting on the board of directors for the Indiana State Bowling Association for twenty-one years and held office with the BWBA for over twenty years. Survivors include her husband, Robert, of Bedford; two sons, Geoff and wife, Missy Orender, and Timothy and wife, Jonetta Orender, all of Bedford; six grandchildren, Joby Turner, Jesse Turner, Jalen Turner and wife, Lori, Clayton Orender and wife, Anissa, Megan Orender, and Victoria Orender; three great grandchildren, Jack, Nash, and Sophie Turner; a brother, Jon Luse and wife, Merrilou, of Scottsburg; a sister, Jaynee Simmerman and husband, George, of Oolitic; several nieces and nephews. She was preceded in death by her parents, and a sister, Jolene (in infancy). Following Jill’s wishes, cremation was chosen with private family services to follow at a later date. The family asks that, in lieu of flowers, friends consider memorial contributions be made to the Bedford Boys and Girls Club. Family and friends may express condolences at www.daycarter.com.