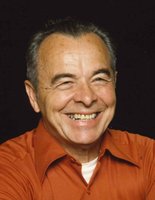 Bedford – Donald G. Houston, 85, of Bedford, passed away at 3:35 pm on Monday, May 18, 2020 at Garden Villa. Born September 18, 1934 in Bedford, he was the son of Fred and Ruth (Bunn) Houston. Don had a full life with a career in the Navy Survivors include four nieces, Janis Box and Susan Catozzi, both of Mooresville, Carol Doran of Clearwater, FL, Jennifer Houston of California; two nephews, Jeffrey Houston, of California and Gary Houston, of Bedford; a sister-in-law, Nancy Houston. He was preceded in death by his parents, two sisters, Mildred May and Velma Jenkins; two brothers, William and Harold Houston. Private graveside services will be conducted on Saturday, May 23rd at Cresthaven Memory Gardens with Pastor David Ferry officiating. Military rites will be accorded at the graveside by members of Gillen Post #33 American Legion. Family and friends may express condolences at www.daycarter.com.